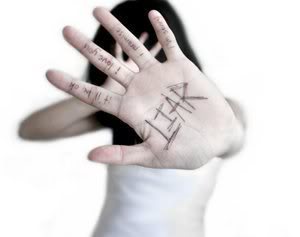 I can put up with a lot in other people. Laziness, self-centeredness, sloppiness, rudeness are all pet peeves of mine that can be overlooked as genuine character flaws. No one is perfect, myself included. With that said, the one trait that I can not stand, and that will surely get you unfriended from this Greek girl’s Facebook page is lying.

I won’t put up with it. And if you lie to me I’m gonna write a song about it and let the whole world know about your lying ways.

Here’s a joke I heard about lying:

A preacher finished the service one morning by saying, “Next Sunday, I am going to preach on the subject of liars. As a preparation for my sermon, I would like you all to read Mark 17.”
On the following Sunday, the preacher rose to begin. Looking out at the congregation he said, “Last week I asked you all to read Mark 17. If you have read the chapter, please raise your hand.”
Nearly every hand in the congregation went up. Smiling, the preacher said, “You are the very people I want to talk to. Mark has only 16 chapters.”

Sometimes people lie to be a part of the crowd. I think peer pressure creates liars at an early age for some people . Remember this little white lie: “Mom, I’m going over to Cindy’s house to study.” Many us of used a similar little white lie to our parents to hang out with our friends. It was considered cool to pull one over on the parental units. Although that was still lying, most of the time it was fairly innocent and no one got hurt. In many cases when were caught for our little white lies the punishment never seemed to fit the crime.

Now later in life you can see what happens to people who never learned their lesson about telling lies. They are grown up and now have become habitual liars or worse, elected politicians.

In 2007 Jobboom.com put together a survey about the top 1o least trusted professions. It is no surprise that my manager Mr. Bricks made the list at #6. No, actually, I do trust him. However, I would not be surprised at all if he was fibbing to me on how many McRibs he ate this week. That is why I use the expression, “I can trust him about as far as I can throw him.” when referring to Mr. Bricks because after all the unhealthy food he eats, Lord knows I can’t even lift him, let alone try to throw him – I’m just sayin’

This list was published in 2007  –  So, I believe real estate agents, mortgage brokers, bankers and investment people have now earned their dubious position on the list. I would think with what is happening now in our society that if the list was redone in 2010 we could also move politicians up to the #1 spot and cut those hard-working used car salesmen some slack.

Sometimes I feel like I am going to flip my lid when someone lies directly to my face. Even one of my dogs tried pulling the wool over my eyes recently. I came home and the plastic container of marinara sauce I had thawing on the counter top was now on the floor. It was empty.  I couldn’t help but laugh when Pookie came to greet me and I could see her normally white & black face was stained with the missing red sauce. I looked into her big brown eyes and said, “Pookie did you get into Momma’s Pasghetti sauce?” She looked at me as if  to say, ” No mommy, I was over at Apricott’s house — studying.”

Have a great day friends!

Hello! Thanks for stopping by. My name is Ava Aston and I am a recording artist and actress. I'm just an ordinary girl who acts, sings, writes songs and now writes this blog. I hope you enjoy my blogging enough to want to subscribe. Blessings, Ava If you want to learn even more about me, check out my website at www.avaaston.com
View all posts by Ava Aston's Muckery →
This entry was posted in Ava Aston, Funny girl, Random, recording artist, Rocker chick and tagged ava aston, Liars. Bookmark the permalink.