We live in a world that is called, “A man’s world”.  Well, I have to ask, who actually believes that?  Seriously, just look at the way this world works.  Really.  Take a look.
You have the one thing in the world that I hate more than anything the – s-p-i-d-e-r – that actually kills it’s mate, the mate being the “male” after they eh-hem (censored).

Only in the “human” realm are women more colorful in presentation than anywhere else in nature.  The way I see it, we women rule the roost.  See, we’ve got the men pegged.  What a better deal exists than this?  We send them out to work, for us, protect us, drive us, open our doors and most die before us.  (not that I wish that on anyone, but hey, it’s true).

So I wanted to take a few minutes and point out some really amazing and cool girls that simply put, “kick butt”!.  (in no particular order of course).

Rosa Parks - A woman who changed a nation.

Everyone knows what it takes to stand against the opposition especially when your life is on the line.  Rosa Parks is not only a hero but she is an icon for all women for all time.  She truly is one true Kick-Butt kinda gal.  I see her as someone who is not afraid to take no for an answer and stare down the evil of racism.

As I said, we “live in a man’s world.” Well, Danica Patrick is not one to take that to the bank.  She is not only someone men dream about but she is one heck of a driver to boot. She has fought tooth and nail to compete in a sport entirely dominated by men.  Sure she had to bust chops to get there, but it was worth it as she is a true trailblazer. 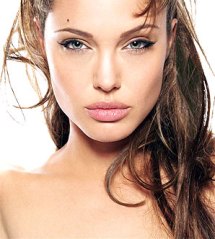 Angelina Jolie - one of Hollywood's most powerful and sexy women.

Now I must digress, I have been told that Angelina must be one of the lost Aston girls as there are 5 of us and we do have some similar qualities (so I have been told, remember… the Greek Girl is a natural brunette after all).  But that’s not why she’s on this list. Simply put she rocks.  She hits it out of the park with every film she makes.  She really knows what it means to be a true iconic figure for modern pop-culture.  Let’s just say, if I could, I would love to play the roles she plays.  She truly kicks-butt and takes no prisoners and is a humanitarian too, definitely my kind of gal.

Gabby Giffords - a true patriot who loves her country.

Gabby Giffords, a Congresswoman who reached one of the highest elected offices in the country was gunned down at a townhall meeting.  Now, she fights to come back and serve her country once again.  Truly inspiring and the definition of the word “will”.  It takes a woman of courage and true conviction to do what she did. 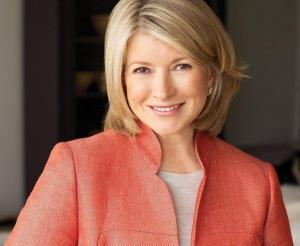 Martha Stewart - an entrepreneurial power to be reckoned with.

What can be said about the Queen of pristine.  Ms. Stewart is just another one of our kick butt girls.  Why?  Why not?  For someone to go through what she did starting out as a model and working her way up to being a global entrepreneur who’s brand is as iconic as anything under the sun.  Not to mention she made going to prison fashionable and came out stronger than when she went in.  Martha my hat is off to you for being a kick butt girl. 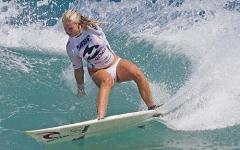 Bethany Hamilton - she can take a licking and keep on ticking

Okay, now some of you know how much I love the ocean and relaxing at the beach.  This girl, she takes it to a whole new level.  Not only does she kick butt at surfing but she does it with one arm!  Don’t forget, it was taken from her in a horrific accident while attacked by a shark.  Hello?!? That to me is down right crazy!  For her to have the courage to get back in the water and fight to regain her status as a world renowned surfer is Kick butt!  Not only that but she is a positive role model too.  How cool.

Amelia Earhardt - The pioneer of iconic Girls who Kick Butt.

What else can be said about this amazing girl?  Most people, let alone girls don’t just wake up one morning and say, “Hey let’s fly around the world” and do it, but Amelia did just that.  Not only was it completely unheard of to attempt by most any pilot at the time, but by a woman no less?  Now that took some serious guts.  She paved the way for all of us girls to kick butt.  She is a role model and an amazing example of what it means to live your life to the fullest while chasing your dream. 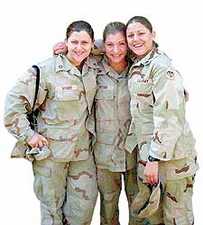 But of all those women who have aspired to do great things, there are no girls who kick butt more than the American Female Soldier.  With over 350,000 women who serve in the US Military, there is truly nothing more amazing that a woman can do.  These girls are true hero’s who put their lives on the line every day.  They don;t do it for glory, they do it for the honor of serving, so you and I can live in freedom and peace here back home.  Now, that is what I call a girl who kicks some serious butt!

Then you got me… The Greek Blonde Girl.  I can’t say I am on the same list as these women, (yet at least).  It is my desire to get such a place in history and yes even kick butt, make that kick some serious butt.  Now, yeah I do kick butt in my own way here and there and no I am not one to back down to a good challenge that’s for sure.  But, like all these iconic women, none of them were able to do it all alone.  They all had to have a team of supporters and a lot more nay-sayers who said they couldn’t do it.  That’s like me.  That’s how I feel I relate to them.  I look to girls like them who have faced lifes toughest challenges and the rough road that hasn’t even been carved out for them.  They achieved their dreams.  They went for the gold and they won.

So often in life we can get caught up in the minutia of what we “think” really matters and don’t realize they are in fact distractions.  So that is why we have to stay focused.  That is why we have to sometimes wear our heart on our sleeve and put our pride on the shelves.  Like me.  A lot of people I meet or talk to think just by the looks of what is going on, I am sitting here counting all my millions of downloads and CD sales.  I wish I were, but I am not.  It takes a lot to admit you need help and support from your family, friends and fans. Without them, everything in life I am aiming for would be irrelevant.  It is my goal to be a positive role model through my music and be a girl who kick’s butt.  Otherwise you’ll be left to wallow in the likes of the Kardashian’s, the Katy Perry’s and GaGa’s of the world who all think it is super cool to prance around in your bra and undies…  Not on my watch ;D I sing with my clothes on, and I think that is super cool – just sayin.

So, if you want to help me kick some serious butt and achieve my dream, give me a kick @ kickstarter.com (you can watch the video to learn more).

Click here to learn about my KickStarter.com Campaign and how you can get involved.