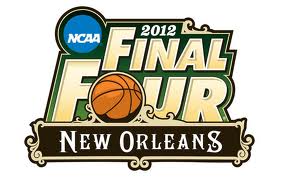 Don't wait till the buzzer to get your final four in

Based on a true story…. (sorta)

Ava sits getting her toes done by a cute Chinese woman.
She looks up to Ava and says:

AVA ASTON
Yes please.
Oh and can I get a ten minute back massage
when my nails are done?

A room adorned with shag carpets and velvet wallpaper with a homemade old fashioned style glowing popcorn machine sits in the corner popping fresh popcorn.  Mr. Bricks is pacing the room on the phone while dangling a hotdog over his dog Sunny who is dancing at his feet.

Ava nearly jumps out of her skin as she splashes the manicurist with her feet as she jolts up standing in the in the nail salon foot bath.

MR. BRICKS
No.  No I didn’t?
Ava my favorite college team might
make it into the final four this year.
Isn’t that exciting?”

Back in the nail salon Ava drops back into her seat again splashing the manicurist making sure this time the iPhone is on silent and put away in her purse.

See what I am dealing with?  When Mr. Brick’s called me I had no idea what in the world he was talking about.  I have heard of final four before but I thought it was that movie and he later reminded me it was actually the Fantastic Four.  That still didn’t make sense.  In my noggin there is little room for minutia and in this case knowing that Mr. Brick’s favorite college basketball team might make it to the final four is one of those moments where the delete button in my noggin is pressed – very hard and quick mind you.  If it doesn’t have to do with working out, coffee, skincare, animals or of course my music – it’s highly unlikely it will make it past my minutia meter.

How can I be so cold you ask?  Well, see here’s how the Greek Girl’s noggin works.  Everything is categorized.  In my world everything has a place and it’s called “away”.  So imagine if you will it’s a busy place in my noggin and for me to have to store away what Mr. Bricks’ favorite basketball team is and why they are going to get into the final four of anything is very unlikely to get past the gate in my coconut.

Now you must be wondering, what was I thinking when he mentioned the “final four”?  Well in my noggin here is how the Greek Girl rolls when it comes down to what “final fours” really matter:

3.  Final Four minutes of my massage after getting my nails done

10. Final Four things I want Mr. Brick’s to do: Get me a Record Deal, an Oscar winning role, in a Hit Broadway Show, my own Award Winning Sitcom. (see rule 1)

See, when I hear final four there are categories that it could have fallen into.  None of which had anything to do with basketball let alone Mr. Brick’s favorite college.  I didn’t even think he knew what college was, other than “clown college” of course.  Oh well, maybe better luck next time. Let’s just say that’s what call screening is for.

2 Responses to The Final Four