Thou Shalt Not Judge 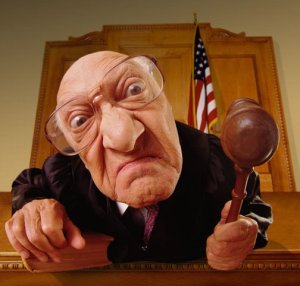 Lest you be judged with the same measure you use...

We all do it.  The minute we walk into a store, friends home, a new restaurant, the DMV, we are judging.  Sometimes we’re doing it before we even get inside.  We even judge the road that we traveled down to get to the place.  The crazy thing is we have no idea if when we get inside if we’ll like it, but we go just the same.  Once inside it’s the smell, the squeak of the door, the dust in the air, the flourescent lights or the people in line or the even linens on the table.  In nano-seconds we are immediately emersed in the emotional battle of determining if it’s safe, if it’s clean, if we like it or don’t and so on.

Why do we do this?  Why do we judge?  The bible warns us and even tells us not to do it.  In certain situations though we have no choice.  We have to judge whether what we are about to engage in or who we will encounter will end up being a good or bad experience.  If we don’t we can end up in a really bad situation or choosing to engage in a bad choice. Kind of like I did when I ordered from the “picture” in the menu and later learned the small print below read, “images not of actual food.” ;D

So what do we do about it?  Can we change this behavior? Should we change it or just alter it slightly?  Maybe in life when we see a situation or are faced with circumstances we may not have full knowledge of we should step back and evaluate.  Learn to take everything in before we make a full judgement.  I know it’s a radical idea.  But we don’t. We are creatures of habbit.  Instead, we keep on judging and jumping to conclusions.  We automatically assume the worst and hope for the best or expect the best and can be drastically let down.

It’s kind of like what is going on everyday in society.  Take for instance the Trayvon Martin case.  If you don’t know what I am talking about you are either my sister who doesn’t watch TV or you are sitting with my other sister who doesn’t have a TV.  (Not sure why she doesn’t have a TV either.) Regardless, the Trayvon Martin case as devistating as it is, has been so unfortunately blown out of proportion and due to this very issue.

It is a terrible tragedy that Trayvon lost his life that night and that his family lost their child.  However, what no-one is considering is what is and has been happening because of this tragedy.  Trayvon was not the only person who lost their life that night.  So did George Zimmerman.

Now, hear the Greek Girl out.  I’m not trying to make light of the situation but there is so much that can be learned here.  Take what Spike Lee did that endangered the lives of other innocent people not involved in the case by recklessly tweeting the wrong address for the “Zimmerman family”.  Causing a totally innocent family to flee for their lives and be erroneously hunted down.

The amount of hate being spewed by the Black Panthers & political activists who aim to cause division in our streets rather than address the crimes in the streets amongst what they call, “their own people”.  So much to the point that they even put out a “bounty” on the head of not only him, but his family?… Seriously?  First off isn’t that a crime to put out a murder for hire in public no less?  Hello what are we living in the dark ages in a middle eastern village for Goodness sake? Good grief what’s next a public stoning?  Sorry, but check me if I am wrong, but aren’t we all “God’s” people? All of us, black, white, green, yellow, blue, purple, we are “people”.  Why isn’t this being viewed as a terrible tragedy that two “human beings” were engaged in?  No one knows what happened, because none of us were there.

I can not imagine that God is happy with this situation.  However, in light of it all God can bring something wonderful out of this tragedy.  He always does.  His word says, “All things work together for the glory of God for those who are called to his purpose.”  Yet instead of trying to use this tragedy as a way of bringing people together, the very opposite is happening.

A judgement that was fueled out of hatred and a deep desire to stir up strife for political and monetary gain.  Gain for the usual suspect race baiters…  Jessie Jackson, Al Sharpton, the Black Panthers, and so on.  Every single day in our country there are young blacks killing other blacks, whites killing whites, and even blacks killing whites, which are all tragedies.  Yet they don’t make the headlines because there is no political or monetary gain.

After months of hate, hate mongering, race baiting, discourse in the streets and downright disgusting behavior, it appears that a lot of information is coming to light in this case.  The bottom line is, no one knows what happened, period. We can assume, we can judge, but at the end of the day, no one but George Zimmerman, Trayvon Martin and God know.  Personally I think it is best to leave it in his capable hands, and in the hands of the Justice System.

A person lost his life, a human being, one of God’s wonderfully made creations ~ this is a terrible tragedy.  Another is quite possibly about to lose his life, and I for one am not viewing the situation through tinted lenses.  I see two “people” who had a terrible misunderstanding.  I am not going to get dragged into the political mud slinging and muckery.  My thoughts and prayers go out to both of the families involved in this heart wrenching situation.

Hello! Thanks for stopping by. My name is Ava Aston and I am a recording artist and actress. I'm just an ordinary girl who acts, sings, writes songs and now writes this blog. I hope you enjoy my blogging enough to want to subscribe. Blessings, Ava If you want to learn even more about me, check out my website at www.avaaston.com
View all posts by Ava Aston's Muckery →
This entry was posted in Blog, controversial, faith, oppinion, philosophic, politics, Television, Uncategorized and tagged al sharpton, ava aston, black panthers, george zimmerman, God, jessie jackson, Judge, judgement, spike lee, trayvon martin. Bookmark the permalink.